The genotype of an individual refers to the allele inherited at a specific locus – if the alleles are the same, the genotype is homozygous and, if different, heterozygous. Because humans are diploid (i.e., we inherit two pairs of chromosomes, one from each parent), study participants can be categorised into one of three genotype groups – homozygous for the ‘reference’ allele (homozygotes), heterozygous (heterozygotes - i.e., having one of each of the ‘reference’ and ‘non-reference’ allele) and homozygous for the ‘non-reference’ allele – usually coded 0, 1 and 2, for possible genotypes. A genotype is usually denoted with two letters representing the two nucleotide bases on the forward DNA strand at that locus (i.e., for the rs234 SNP that has two common alleles A and G, AA, AG or GG would denote three possible genotype combinations, representing a homozygote for the A allele, a heterozygote and a homozygote for the G allele, respectively). Genotypes are often encoded in ‘additive’ or ‘dosage’ format, which represent the count of the non-reference allele, where AA = 0, AG = 1 and GG = 2. 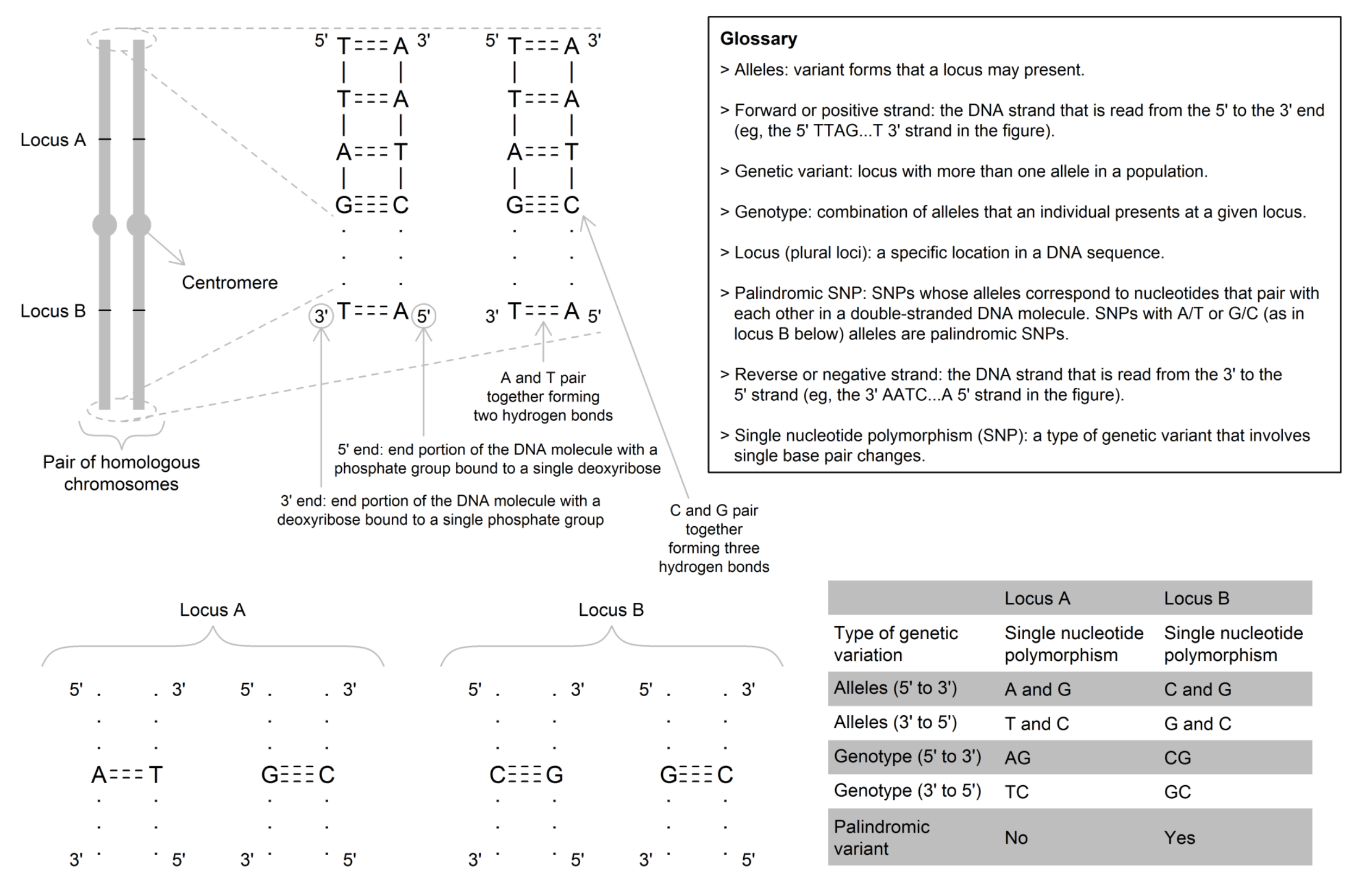